Ground-shaking and trailblazing, that’s what Fred Leuchter’s work during the late 1980s was, when this U.S. expert on execution technologies went to Auschwitz and other infamous places and investigated the local facilities that are said to have been used for mass murder. All these reports are included in this book, plus many critical remarks and additional information gathered during the past decades. This fourth, corrected edition by Castle Hill Publishers also features a section on a more-recent and thorough investigation of the alleged Dachau gas chamber: 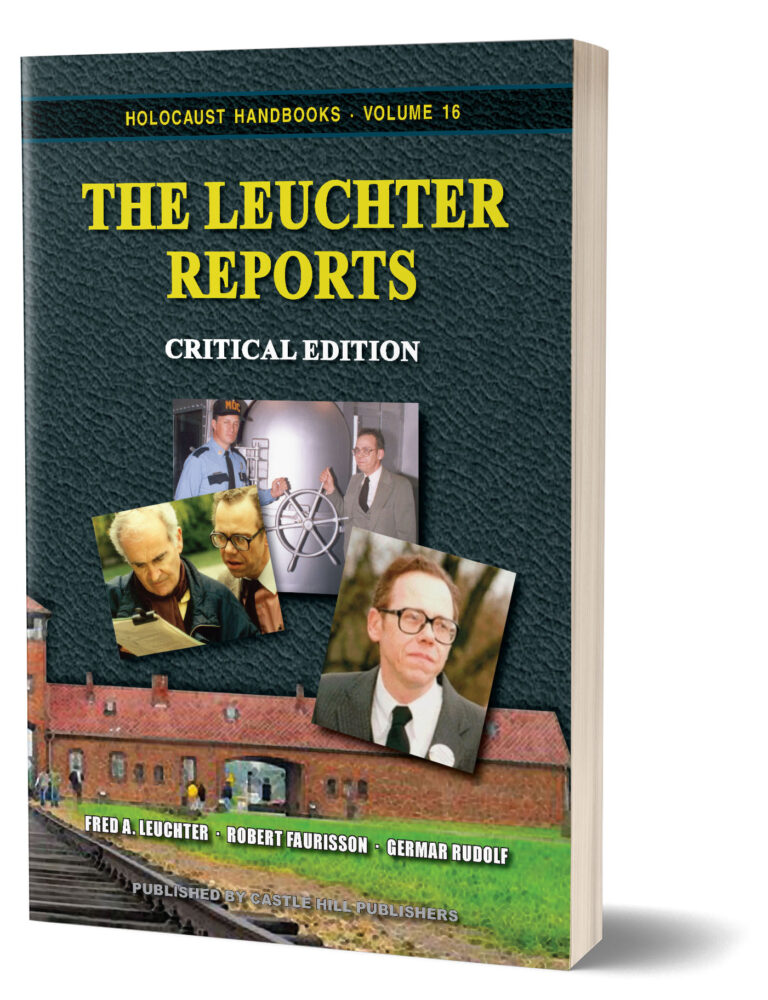 By Fred A. Leuchter

The “Holocaust” is often characterized as the greatest crime in the history of mankind. Yet for 44 years not a single forensic investigation into this alleged crime has ever been undertaken. This changed in 1988, when Fred A. Leuchter, at that time the only U.S. expert for execution technologies, was asked by German-Canadian Ernst Zündel to go to Poland and investigate the facilities in the Auschwitz, Birkenau, and Majdanek camps which are claimed to have served as chemical slaughterhouses for hundreds of thousands of victims—also called “gas chambers.” Leuchter changed the course of history when he concluded in his report that the locations investigated “could not have then been, or now be, utilized or seriously considered to function as execution gas chambers.”

Subsequently Fred Leuchter also went to other camps, where mass murder with poison gas is claimed to have happened (Dachau, Mauthausen, Hartheim). He then wrote a similarly devastating report which concluded “that there were no gas execution chambers at any of these locations.” This study was accompanied by an annotated bibliography about published claims regarding these three alleged locations of mass murder compiled by Dr. Faurisson.

In a third expert report, Fred Leuchter described in detail the technique of execution gas chambers as used in the U.S. for capital punishment, and juxtaposed it with claims about alleged Third Reich gassings. In a fourth report, Leuchter criticized a book on “gas chambers” written by French scholar Jean-Claude Pressac.

This edition republishes the text of all four reports and accompanies the first one, which has caused a huge controversy and triggered a landslide of new research, with critical notes and research updates, backing up those of Leuchter’s claims that are correct, and correcting those that are not.

This fourth, corrected edition also features a section on a more-recent and thorough investigation of the alleged Dachau gas chamber.

Back in 2017, Amazon banned a wide range of revisionist books from its Amazon.com, ~.co.uk, ~.de, ~.es, ~.fr etc. book-selling websites. Among them was also a book that had been out of print for decades and was only rarely (and expensively) available as used copies, if at all: Barbara Kulaszka’s epic tome on the second…

Last month, several websites featured articles or dedicated web pages to the fact that Amazon.com is ramping up its censorship of books inconvenient to the traditional enemies of free speech. As a result, we received a lot of attention, and book sales on our website increase accordingly. As much as this was appreciated, someone wasn’t… 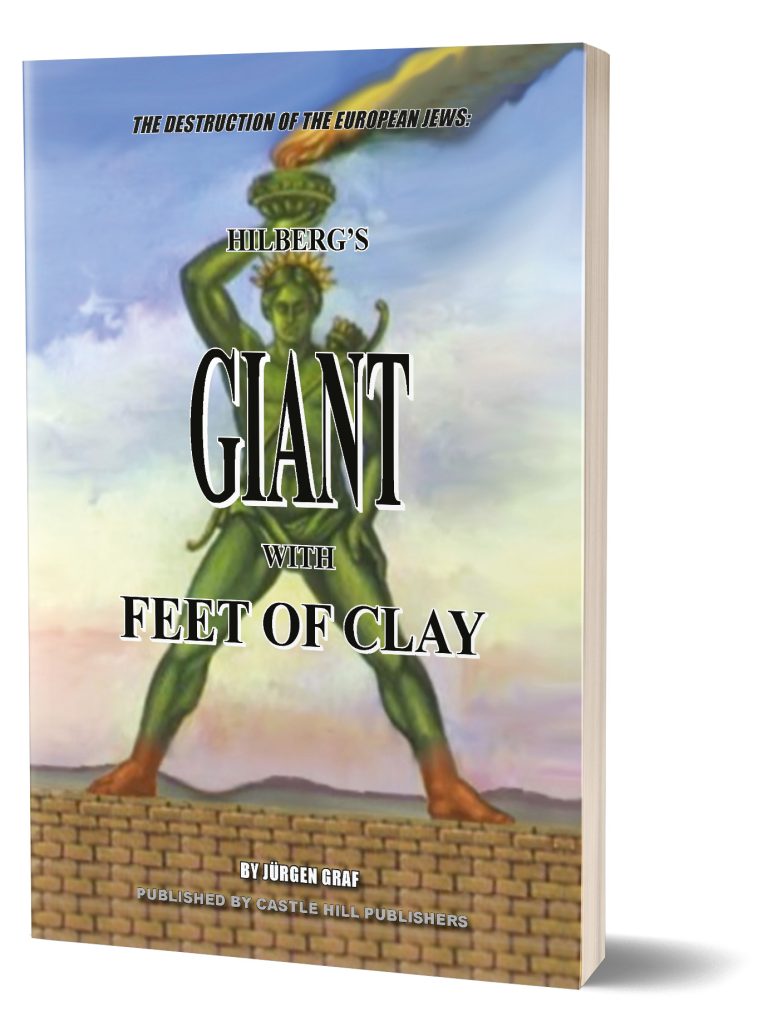 The 3rd edition (2022) of Raul Hilberg’s major work The Destruction of European Jewry is generally considered the standard work on the Holocaust. In the vernacular of the present, we find it to be highly overrated.  In The Giant with Feet of Clay, Jürgen Graf applies the methods of critical analysis to Hilberg’s evidence and…