Debunking the Bunkers of Auschwitz: Black Propaganda versus History. 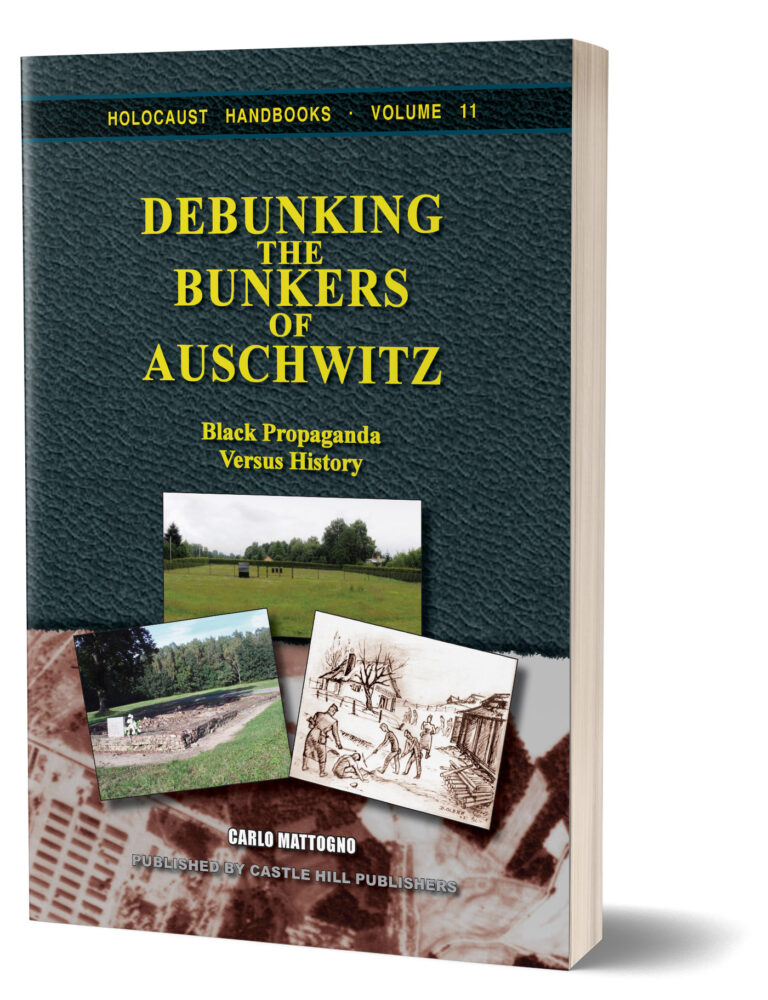 The so-called “Bunkers” at Auschwitz-Birkenau, two former farmhouses just outside the camp’s perimeter, are claimed to have been the first homicidal gas chambers at Auschwitz specifically converted for this purpose in early 1942. In this examination of a critical component of the Auschwitz extermination legend, the indefatigable Carlo Mattogno has combed tens of thousands of documents from the Auschwitz Construction Office and has analyzed a plethora of eyewitness statements.

Debunking the Bunkers of Auschwitz shows how camp rumors of these two alleged homicidal gas chamber buildings have their roots in two innocuous delousing facilities built in 1942 to save lives. Resistance groups within the camp turned these rumors into black propaganda, which was transformed into “reality” after the war by historians relying exclusively on questionable testimonies while ignoring any other evidence, including the extensive documentary evidence from Russian archives unavailable before 1990. Mattogno shows how these historians uncritically and selectively embraced whatever fit into their preconceived notions, while excusing or glossing over the many inconsistencies, contradictions, absurdities and impossibilities of these testimonies. Based on solid evidence, including air photos taken in 1944 and on-site archaeological considerations, the author’s conclusion is inevitable: the Auschwitz “Bunkers” never existed – they have always been nothing more than propaganda bunk.

Jewish Emigration from the Third Reich 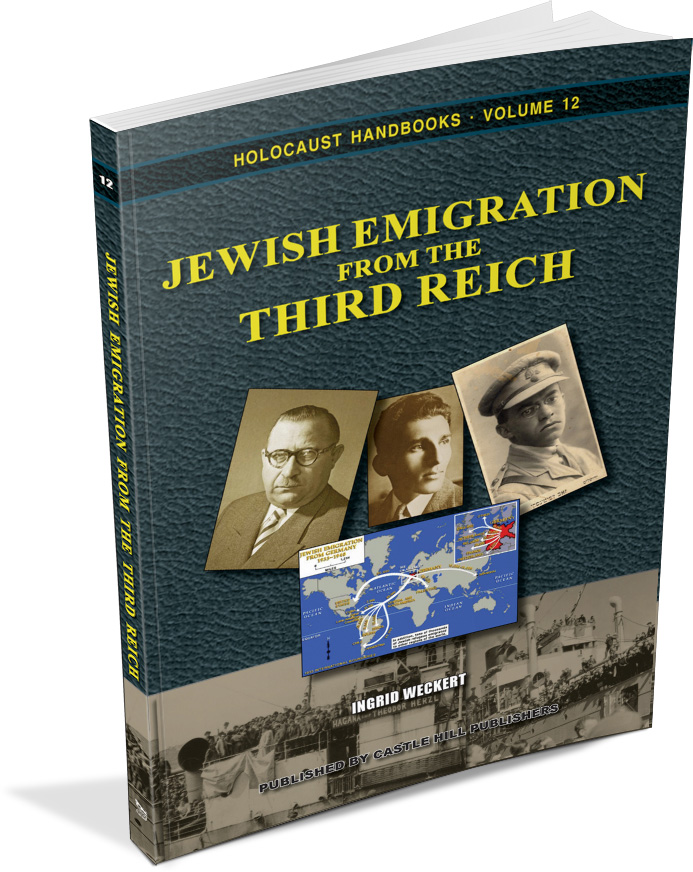 Historical writings to date dealing with matters related to the Third Reich paint a grim picture. This applies especially to writings that deal with the Jewish ethnic group. To this day there are still accounts of the Jewish emigration that depict it as some kind of clandestine operation – as if the Jews who wished to leave Germany had to sneak over the borders in defiance of the German authorities, and leave all their possessions and wealth behind.

The truth is that the emigration was welcomed by the German authorities, and benefitted from encouragement and assistance that increased over time. Emigration was not some kind of wild flight, but rather a lawfully conducted and regulated matter. Weckert‘s booklet elucidates the emigration process in law and policy, thereby correcting the traditionally received picture of Jewish emigration from Germany significantly.

German authorities and Jewish-Zionist agencies worked closely together on this emigration. Jews interested in emigrating received detailed advice and offers of help from both sides. The accounts of Jews fleeing Germany in secret by night across some border or straits are fabulous. On the contrary, the German government wished German Jews only to live elsewhere. The myths to the contrary were contrived only to accord with the greater myth of genocidal intent and were capitalized upon by erstwhile “smugglers” seeking sainthood. 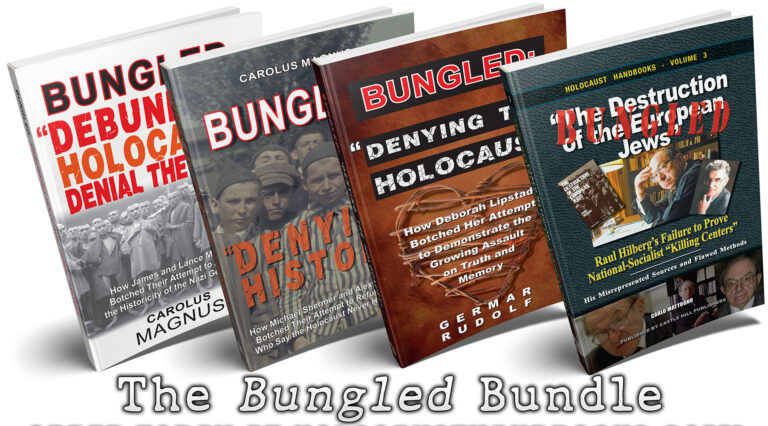 Do you want to read how revisionists have caught mainstream Holocaust scholars over and over again with egg in their faces? For a special discount, we have bundled up four books doing just that. these books expose as incompetent fools: Prof. Dr. Raul Hilberg, until his death the worldwide leading orthodox Holocaust scholar. Prof. Dr…

The Auschwitz Camp had sickbays and hospitals where thousands of inmates were cured. Since late 1942, the camp authorities, foremost the garrison physician Dr. Wirths, tried with all conceivable means to keep the Auschwitz inmates alive and healthy. This new book from Castle Hill Publishers is full of irrefutable documentary evidence for that: Healthcare in…

Dr. Deborah Lipstadt, professor of Jewish and Holocaust History, is in the news again. The so-to-be-release movie Denial retells how she won a court battle against British historian David Irving who had sued her for libel, allegedly committed with her 1993 book Denying the Holocaust. Almost simultaneously, both this book as well as Lipstadt’s 2005…