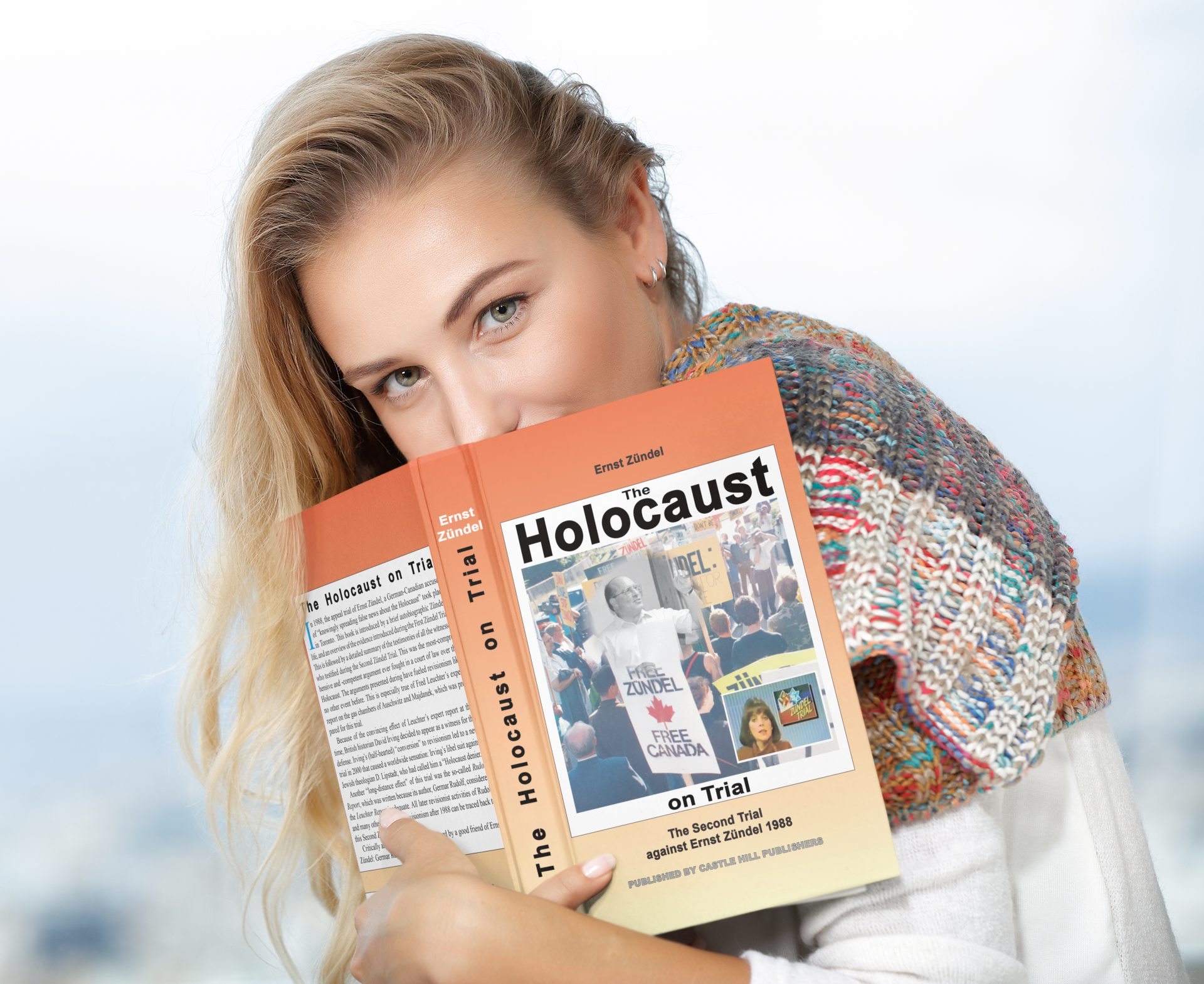 We had to deal with three major obstacles this past year: Ingram Content Group canceling our printing, distribution and order-fulfillment contract; Barclays Bank in the UK closing our British account and thus our last banking stronghold in Europe; and our CEO Germar Rudolf resigning from his leadership positions at CODOH and Castle Hill, and taking an extended leave of absence. Let me address them in sequence.

As we reported earlier this year in a blog post, the General Assembly of the United Nations ratified a resolution introduced by Germany and Israel on January 20, 2022, which calls for all governments in the world to do everything possible to combat and suppress Holocaust revisionism. Since both CODOH and Castle Hill have been singled out for decades by governmental and NGO watchdog organizations in the US, the UK, Germany and Israel, among other countries, for being the only entities left that produce new and relevant revisionist material, you didn’t need to be a rocket scientist to figure out what was coming…

After eight years of flawless cooperation, Castle Hill’s partner for multi-national book printing, distribution and order fulfillment, the almighty Ingram Content Group, canceled the contract just four days after the above-mentioned UN resolution had passed, claiming that retailers had been complaining about Castle Hill’s type of books. Ingram has a monopoly in book distribution in the U.S., and Amazon controls some 70% of all new books sales here, hence also of Ingram’s turnover. Each time we published a new book, Ingram’s live data feed into Amazon’s websites had it show up there. Amazon got harassed by the usual enemies of free speech for again offering one of our books. They had to manually delete it, but the game would start all over once we issued a new edition (which we do with regularity). Finally sick of this futile whack-the-mole game, Amazon, no doubt with the UN resolution in hand, went to Ingram telling them to stop the charade at the source by kicking us out for good – which they promptly did. Since Ingram’s database also feeds into all kinds of databases abroad, all our books suddenly disappeared from the national and international book markets. We lost some 50% of our turnover in the U.S., and our entire turnover from overseas, as we don’t have any printing, warehousing and order-fulfillment outlets in the UK or Australia (but Ingram does).

As a consequence, we had to completely reorganize the way we operate. We had to find a new printing partner in the U.S., reformat all cover artwork to fit their specs, invest into a complete reprint of everything, get ourselves a small warehouse locally, equip it with shelving, basic equipment and shipping supplies so we can do order fulfillment ourselves, and then repeat the procedure also in Europe and/or the UK somehow to recover that market as well.

Just a week after the UN resolution, Barclays Bank in the UK, with whom we had our business banking since 2007 and never had any problems, opened some investigation by requesting more details about what our business was all about. Then three weeks later, they told us unceremoniously that they will close our accounts, citing a passage in the agreement that simply allows them to close whatever account they want whenever they please. Period.

Since business had become pretty much impossible for Caste Hill in the UK, with Brexit making exports to EU countries borderline impossible and banking being canceled, we decided it is time to pack up and leave. Castle Hill was officially sold by its UK owner (identity undisclosed) to CODOH on April 8, 2022, and CODOH reorganized it as a single-member, non-neglected limited liability company as “Castlehill Publishing LLC.”

Our attempts at establishing a printing, warehousing and order-fulfillment solution in the UK/Europe for our English-language material hit unexpected resistance when we realized that many British printers are now mortally afraid to get involved in the production of printed matters that could violate Britain’s 2017 anti-revisionist law. Although that law requires that “Holocaust denial” happens concurrently and in conjunction with disparaging the victims, which is something Caste Hill does not do, any printer accepting our printing jobs would be legally required to thoroughly read and correctly assess all our material before printing it to make sure it does not contain anything legally hazardous. No printer will invest that amount of time and effort. They simply turn down the job, and that’s the end of that…

When the first consequence of the UN resolution hit Castle Hill in early 2022, our then-CEO Germar Rudolf predicted that he expects “them” to go after him personally next. And that is what happened this past summer. This is not the place to divulge what exactly has been happening. Suffice it to say that Rudolf dropped all responsibilities at CODOH and Caste Hill this past summer, and disappeared from the face of the earth in early fall. His whereabouts are currently unknown.

Rudolf’s main vulnerabilities are that his application to become a U.S. citizen was terminally rejected in 2020, and that the German authorities have issued numerous arrest warrants against him for reasons that are yet unknown. However, with some 80 new revisionist books or new editions of older books in the German-language published over the past ten years with Rudolf as the production manager, it’s easy to understand why they want him locked away. Although those German arrest warrants cannot be enforced in the U.S. due to the First Amendment to the U.S. Constitution, Rudolf’s German passport expired in 2019, and Germany refuses to issue him a new one. His “Green Card” here in the U.S. expired in 2021, and the U.S. authorities followed Germany’s lead by also refusing to issue him a new one. You get the picture. They are trying to entrap him, then play the same dirty trick on him and his family as they did back in 2005: arrest, deport, put into a German dungeon, and throw away the keys.

In the meanwhile, Castle Hill is getting reorganized once more, so it can survive in this increasingly hostile environment even without Germar Rudolf’s involvement. We appreciate your patience and support for this drawn-out, difficult process.

Now to the more-pleasant side of this past year’s activities: our new book releases, of which there were a whopping 13 this year, with five of them being merely new editions of books we published in earlier years, plus seven audio books, and one release by another publishing outlet:

Dear Friends and Supporters! This missive will be a little longer, for which we apologize, but there are numerous things to get you up to speed on, so please bear with us. In early 2020, we launched our project "Staying out of the Memory Hole 2020", which aims at collecting and safely storing revisionist material…

Looking at the patter of censorship we have experienced over the years, it emerges that the beginning of each year seems to be the most challenging for us. The reason for that seems obvious. In 2005, the General Assembly of the United Nations officially declared the 27th of each January “an annual International Day of… 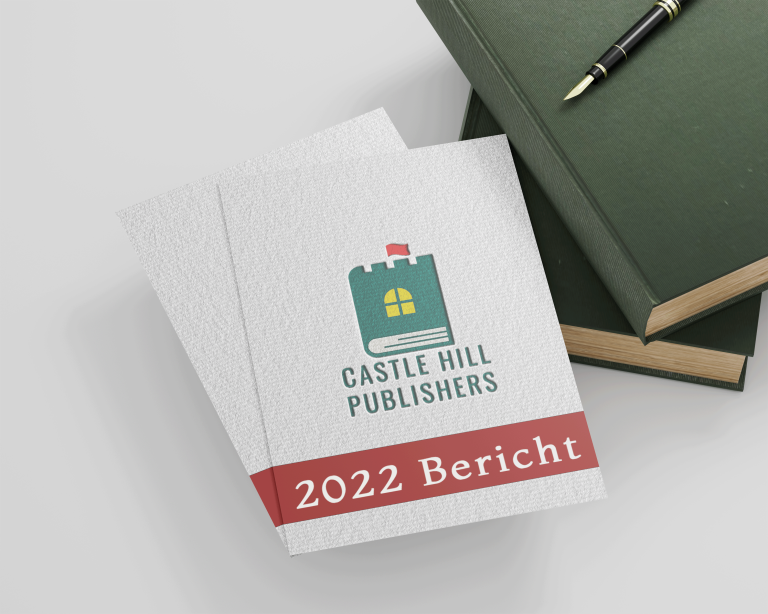