This study investigates whether the alleged homicidal gas chamber at the infamous Dachau Camp could have been operational. Could this gas chamber have fulfilled its alleged function to kill people as assumed by mainstream historians? Or does the evidence point to an entirely different purpose? This study reviews witness reports and finds that many claims are nonsense or technically impossible. As many layers of confounding misunderstandings and misrepresentations are peeled away, we discover the core of what the truth was concerning the existence of this gas chamber.

Ever since the occupation of the Dachau Camp by the U.S. Army in late April 1945, the homicidal gas chamber claimed to have existed in the camp’s crematorium has been one of the hot spots of Allied atrocity propaganda, and later a mainstay of the orthodox Holocaust narratives. The accusations followed the pattern created by the Soviets after their occupation of the Majdanek and Auschwitz camps in Poland. Both the Soviets and the Americans exaggerated victim numbers and attributed features to these gas chambers which are demonstrably impossible.

While initial witness statements and U.S. reports maintained that poison gas was fed into the chamber through shower heads, the narrative soon changed, and it was alleged that Zyklon B was thrown through openings in the outside wall instead. A third claim states that ampules of an unknown liquid gas were meant to be thrown in through a chute in an inside wall.

This study looks at the available evidence and tries to make sense of it all. Assessing the evidence is very difficult, not only because there are few and contradictory witness and expert reports. There are also problems involving the physical evidence. The equipment alleged to perform these operations makes absolutely no sense if the purpose was indeed to exterminate prisoners.

While SS physician Dr. Siegmund Rascher wrote a letter in 1942 that a facility was being built at Dachau Camp as it existed already in Linz, historians insist that the conversion of a room inside the Dachau Crematorium for the purpose of exterminating human beings only took place in 1944. Rascher’s reference to a facility in Linz points at Hartheim Castle, though victims there are said to have been killed with bottled carbon monoxide, not Zyklon B.

In addition, the heating and ventilation equipment of the Dachau facility was very cumbersome and costly, and yet, it would have been utterly ineffective. Moreover, the currently claimed means of introducing poison gas by simply dumping Zyklon-B pellets irrecoverably on the floor is so primitive that it would have turned any mass gassing into a nightmare for the operators as well. These claims by historians fly in the face of how the Degesch Zyklon-B delousing facilities in the same building were operated. Finally, the room under scrutiny had six massive, fully operable floor drains designed to drain massive amounts of water. But where was that water supposed to come from, if not from real showerheads? 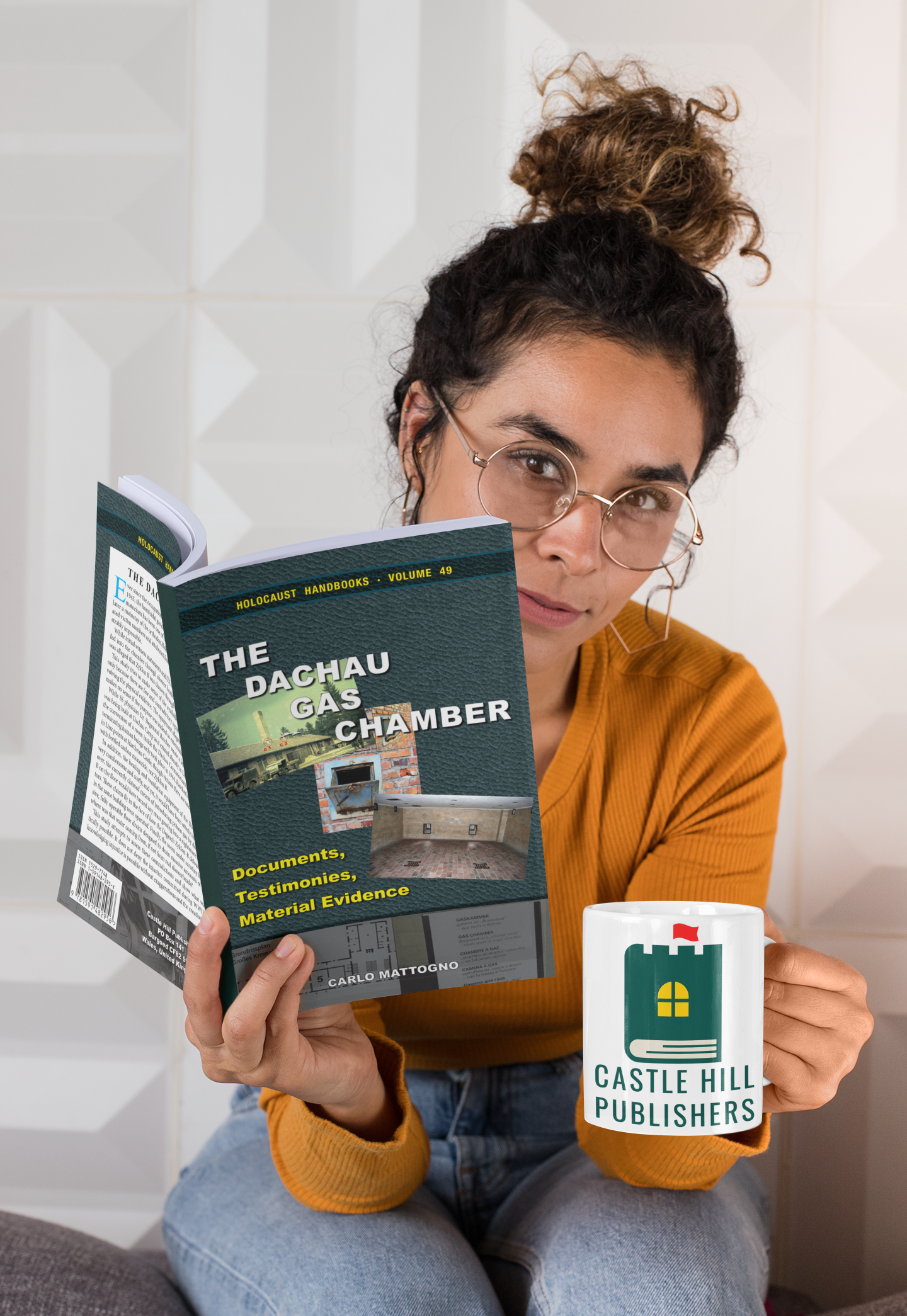 This study attempts to assess these contradictions and show what was realistically possible. It does not deny the injustice of imprisonment and the mistreatment of millions of people during World War Two. However, acknowledging this injustice is possible without exaggerations and the creation of false myths.